Irish potato candy resembles a russet potato but is not a potato at all! These mini potato candies are a blend of coconut cream made from coconut, confectioner’s sugar, vanilla, and cream cheese, rolled in cinnamon.

Potato candies are a fun treat for for St. Patrick’s Day!

A little bit of history on Irish potato candies all started back to St. Patrick’s Day, which is always on March 17th in memory of Saint Patrick of Ireland. Ireland celebrates with lots of green, parades, and special foods including shepherd’s pie, corn beef, Irish soda bread, perhaps a green tea shot, and any form of green food. It is popular to see Irish potatoes or candy circulating around the crowd as well!

Is Irish Potato Candy Really Irish? Sorry to break the news to you, friend. But Irish potato candies are from Philadelphia and not even from Ireland – but they are a fun treat!

Irish potatoes used to my grandfathers all time FAVORITE St. Patrick’s Day food! Meals at my grandparents house were an overjoyed plethora of food to feed an army. My grandmother would have a gorgeous table setting filled with a cold cut platter, potato salad, various pasta dishes, jello salads, cake and candy – you name it, she had it for us! And she always served these creamy homemade Irish potato candies, which are truly something to remember.

What is an Irish Potato Candy

Irish potato candies are little round balls coated with cinnamon and filled with a coconut cream center made of coconut, confectioner’s sugar, vanilla, and cream or cream cheese. Much like truffles and chocolate covered coconut balls.

Where do Irish potatoes originate from

The state of origin for Irish potato candy is Philadelphia, Pennsylvania which has the largest distributor of Irish Potatoes. They ship about 80,000 pounds to candy stores – also called Pennsylvania Dutch Potato Candy. See’s Candy also makes a version of their own candy, adding chopped walnuts inside and sometimes dried fruit inside and dust them with cocoa powder in place of cinnamon.

There is also a potato-based version of the recipe where potatoes are mashed and blended with coconut, sugar, and cream but most commercial versions are made without a real potatoes filling.

So rather than heading out to the candy store this year, let’s make this easy Irish potato candy recipe at home!

How to make Irish Potato Candy

Using an electric mixer, mix together all the ingredients except the cinnamon until it forms a dough.

Line a small baking pan (small enough to fit in the fridge) with parchment paper. Using a 1 teaspoon measuring spoon, scoop out a ball size and roll into marble-size balls or oval shape to resemble a potato and place on parchment paper lined baking pan. If it is too sticky to roll, put it in the refrigerator for about 15 minutes to harden before rolling them into shapes.

Chill for 1 hour in the refrigerator.

Add the cinnamon to a resealable zip bag. Add about 6 Irish potato candies to the bag, close and shake the bag to coat each ball.

Store these Irish potato candies in an airtight container in the refrigerator for 5-7 days.

They totally resemble a small potato when finished. White on the outside and coated in a light brown outer layer. You can roll potato candies into an oval shape to really resemble a potato or into circular balls. They are:

What is the best way to mix potato candy ingredients?

I highly suggest using an electric mixer or hand mixer to blend the ingredients. They are quite hard and difficult to mix by hand.

Why are Irish potatoes called that?

Irish potato candy originated in Philadelphia some time in the late 19th or early 20th century. It got its name because these little cream and coconut filled candies resemble little potatoes with a white inside and powder (from cinnamon) brown potato skin. Some versions do actually have potatoes mashed inside the candy.

Who invented the Irish potato candy?

It is said that Irish immigrant candy makers started making the candy in the late 1800 – 1900 century, and they were first made in Philadelphia – an American candy.

Irish potato candy tastes like sugary coconut and cream cheese balls that are soft and similar to a Mounds Bar or Almond Joy Bar. 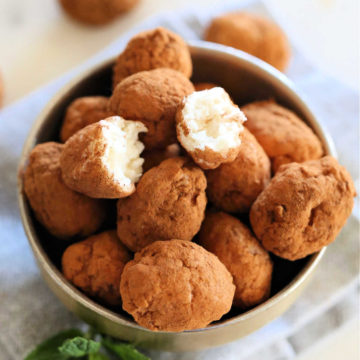 Store in an airtight container in the refrigerator for 5-7 days. For a harder potato candy, you can use up to 4 cups of confectioners’ sugar, but it will about double the nutrition information (mostly sugar and calories). 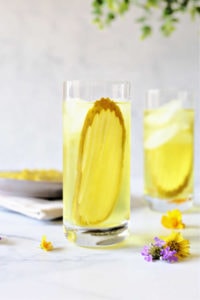 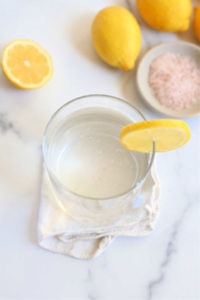 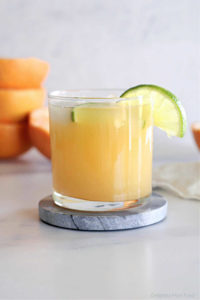