It’s crispy, fizzy, and easy to whip together a Moscow Mule recipe at home! This simple recipe includes ways to make it sugar-free or with ginger beer or ginger ale!

The Moscow mule is one of the most popular drinks available at the moment, whether you know it or not. Chances are good you have probably heard of these already. They are incredibly easy to make, which has definitely contributed to their increase in popularity. It’s a cocktail made with vodka, spicy ginger beer, and lime juice, then garnished with a slice or wedge of lime and served in a copper mug.

It’s nice to be able to make one of these at home without having to try too hard. You don’t need to be an experienced bartender to whip one up but how do we go about making the best Moscow mule recipe? (printable recipe below)

This guide is here to help. With these basic tips and pointers, you will be drinking like a champ in no time at all!

How to make a moscow mule drink

Grab your mule mug and fill it with ice cubes when you are ready to get started. Grab some lime juice and some vodka to form the base of the drink. From there, it is topped off with ginger beer. Lime wedges can also be used as a garnish.

Meanwhile, there are added flourishes that will appeal to those who are looking for a more mature, full-bodied beverage. A few dashes of aromatic bitters creates the desired effect. Don’t skimp on the ice in each glass, either. The drink is sure to stay cold for a longer period of time but this is not the only benefit. The Moscow mule will also remain crisper and fizzier than it would without the proper amount of ice.

In order to learn more about the bells and whistles, it is important to know the basics. Fortunately, this part of the process is incredibly simple. There is also a wide range of cool variations on the beverage for anyone who wants to learn more. Try making a Kentucky mule by switching the vodka for bourbon or whisky. Or switching lime for blood oranges or splashing cranberries or pomegranates and rosemary leaves for garnish.

What is the best vodka to use

Anytime you make a cocktail drink you’ll want to go with a really good alcohol, not the cheapest one. You know those ungodly headaches that can happen even from just one drink? That can be extra toxins from low grade booze. We suggest using Absolut Vodka, Grey Goose Vodka, Tito’s, or Belvedere Vodka.

• Make sure to use plenty of ice in the glass. That will keep your drink colder, crisper and fizzier longer.

• If you can’t find Ginger Beer, muddle some fresh ginger in the base of your mule cup and use Ginger Ale instead. That will give you the spicy kick from the fresh ginger.

Why does a moscow mule have to be in a copper cup?

Is a moscow mule and girly drink or a man’s drink?

It’s both! Women naturally seek sweet cocktails and the use of soda, lime and vodka make a moscow mule highly popular with the ladies. Put the words “beer” in there and vodka or rum and drink it from a mug makes it a man’s drink.

Why is it called a moscow mule?

The mule started in Manhattan as what became the start of “Little Moscow” in 1941 was in New York’s Chatham Hotel. It started with Jack Morgan’s Cock ‘n’ Bull ginger beer. Three families concocted the drink at a bar by putting vodka and citrus with the ginger beer. A few days later the mixture was christened the Moscow mule. The name was decided because of America connecting Moscow to Russia and Mule being associated with ginger beer giving a “kick” of flavor. 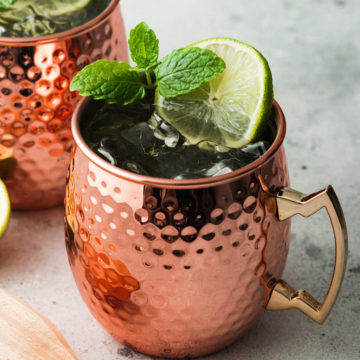 Recipe from Absolute Drinks used with permission. Images from iStockphoto. 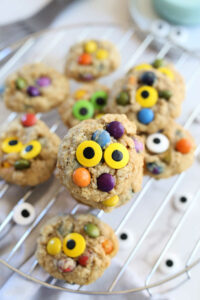 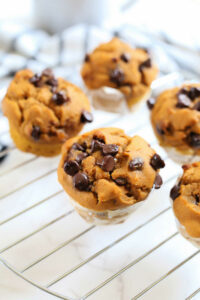 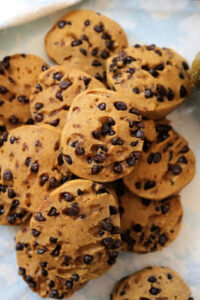 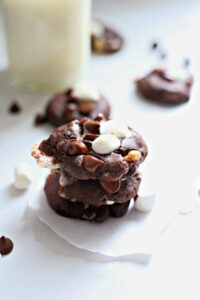